The U.S. Department of Justice (DoJ) is now targeting Anson Funds in a criminal investigation that centers on market manipulation, insider trading, spoofing and fraud, as illegal short selling activities become a prime focus far beyond the SEC, with some expecting charges to come in the next few months as unitholders panic and associates cooperate with the authorities.

A DoJ investigation is the point of no return. This is where SEC fines seem paltry by comparison.

The DoJ’s investigation, most recently exposed by Bloomberg, has forced those who have had dealings with Anson to cooperate with the investigation against the hedge fund.

Most disastrously for Anson Funds, Citron Research led by Andrew Left said in a December 13 statement that is has been fully cooperating with the government’s investigation.

In a December 10th expose, Bloomberg reported that the DoJ had “launched an expansive criminal investigation into short selling by hedge funds and research firms—thrilling legions of small investors and other skeptics of the tactics that firms use to bet on stock declines”.

These money managers, according to Bloomberg’s description of the DoJ investigation, are suspected of having “sought to engineer startling stock drops” and engaged in insider trading.

Bloomberg reported that two rounds of subpoenas have already been sent out, and a senior-level Anson Funds employee who spoke to us on a condition of anonymity confirmed this, noting that the latest subpoena the DOJ sent to Anson was received in November.

And now, reputable sources have confirmed that a number of short sellers, companies that have been impacted and multiple individuals have come forward and started cooperating with the DoJ in the investigation.

For unitholders of Anson Funds, this is devastating news. What it means ultimately is that any money Anson may have made in illegal schemes is liable for confiscation. That could put all Anson Funds unitholders in jeopardy for gains made on illegal trading.

Worse for unitholders, those who stay in the fund could be subjected to additional DoJ enquiries. And the DoJ does not simply confiscate profits—it institutes punitive damages for fraud that, as mentioned above, can equal 5 times the profits. in cases related to market manipulation and fraud, further detailed by a 2019 memorandum on the financial consequences for investors. So if Anson made $300 million in profits illegally over the past three years, they could face a fine of $1.5 billion, and the confiscation of the $300 million in profits. That is a difficult situation for a fund that only has $1.4 billion to hand.

Sources have also verified that a number of large investors and unitholders in Anson Funds are holding urgent meetings to examine all possible options in order to redeem their funds without severely impacting their returns.

In 2020, Wells Fargo was fined $3 billion for its fake account scandal, and that scandal fails to come close to the extent of Anson Funds alleged market manipulation and fraud.

When the DoJ started looking into Allianz Global Investors, investors turned around and sued the fund for $6 billion. In August 2021, Allianz said it had reassessed the risks relating to the funds in light of the DoJ investigation and concluded the matter could have a “material impact on its future results”.

The pattern is clear: First, the SEC investigates a fund, and then the DoJ steps in and it suddenly gets much more serious.

As soon as the DoJ launched its probe, Allianz, which is Germany’s largest insurer, warned investors of a material hit to its earnings—after only a “voluntary request for documents and information” from the Department of Justice.

Immediately, the company said it saw a “relevant risk” that its Structured Alpha Funds “could materially impact future financial results of Allianz Group”. How much material damage? Allianz could not even estimate the potential fines.

Anson Funds has not learned this lesson yet, but when investors band together to sue the fund over material impact, the final consequences will be severe.

The specific DoJ unit handling the inquiry against Anson Funds has a formidable reputation on Wall Street, according to Bloomberg. Recently, the DoJ unit has brought major cases against global banks and traders for illegal spoofing including one that led to more than $900 million in penalties for JPMorgan Chase & Co.

In his documented relationship with Hindenburg Research, a text stream demonstrates how Moez Kassam got Hindenburg started, with tiny Canadian Facedrive stock one of the best examples.

Moez Kassam and Anson Funds provided the research and Hindenburg published, with Kassam alerting his associates to what was about to be published in a clear breach of insider trading rules:

Throughout, Moez Kassam has denied he was short Facedrive, these messages suggest otherwise. They also suggest insider trading. The person with whom Moez Kassam is speaking via text is mocking Kassam because Facedrive had managed to move up, making for a very painful short position. Kassam then suggests checking back on Monday. Indeed, the Facedrive share price started falling hard on that Monday because of a huge amount of paper created by short sellers in Anson’s syndicate. This all happened right ahead of a short report. When the respondent asks Kassam whether he is “loaded up”, Kassam responds in the affirmative, to the tune of 10,000 shares. The respondent then asks if tomorrow is good, and he is specifically asking about the short report publication date, to which Kassam replies in the affirmative. That is the definition of insider trading between short sellers.

In a recent report, a soundbite from a telephone conversation between Moez Kassam and an unknown individual contributes further damaging evidence, with Kassam stating:

“A lot of times if I’m working with Ben Axler [Spruce Point Capital] or doing this kind of stuff then we can create our own catalysts, right, because we’re putting out a report. So I know when stuff’s gonna go down and I’ll buy puts. It’s very easy to know…a lot of people know when something is coming so they’ll buy puts, and you know he makes 50 puts per day so I’ll make 2000 trades today and that hurts the stock the next day when the report comes out.”

The full report with the relevant recording and others can be found here.

Anson Funds head Moez Kassam is now panicking, according to sources close to the hedge fund manager, and scrambling to attempt to assure investors that his fund is not really a target, despite evidence to the contrary, and despite money trails that show the fund has been paying outsized legal bills for the past six months in an attempt to head this all off—unsuccessfully.

Right now, it’s all about buying more time to shift money offshore before the DoJ has time to conclude its investigation.

But in the meantime, major investors are expected to start withdrawing money from Anson for damage control.

Right before the Bloomberg expose on the DoJ probe, a recent $1-billion stock fraud scandal in which Moez Kassam and Anson Funds were also implicated had also added to the tension among unitholders.

“Three Swiss holding companies associated with Knox and Sharp — Morris Capital Inc., Trius Holdings Ltd. and Varese Capital Inc. — were allocated hundreds of thousands of shares, according to the registry. This includes transfers of 250,000 and 100,000 shares from Vancouver accountant Shirazali Jumani and 100,000 shares from a Cayman Islands account belonging to Anson Investments Master Fund, which is controlled by hedge fund manager and short-seller Moez Kassam,” according to news reports.

Unitholders have every reason to panic. The DOJ has a 97% success rate, and the recent prosecution of Murchinson, another hedge fund closely associated with Anson Funds and one of their partners in the murky shorting of cannabis company Zenabis, has investors running scared. Even more so because in order to get off with a lighter penalty, Murchinson has been forced to cooperate with the authorities and expose Anson Funds’ activities.

But Murchinson isn’t the only outfit talking under pressure. Now, investigators can add Citron Research to the list of collaborators.

In the meantime, Moez Kassam and his right-hand man, Sunny Puri, are frantically trying to delete evidence and convince all associates to follow suit, according to sources close to these operations. One of their first moves seems to have been to remove traces of their September 2020 responses to allegations about their activities in the media, which now contains an error message. It appears that the original message may have misrepresented the situation to shareholders and would not have been well-received by the DoJ.

These developments have recently led to the resignation of the head of Anson Funds’ office in the United States, where no one wants to be implicated in what is to come.

There is now very little time left for unitholders to act before the damage is irrevocable. If they call for redemptions now, they may be able to retrieve their funds before the DoJ charges Anson and seizes everything under U.S. law.

Amid the panic at Anson Funds, Moez Kassam has hit the campaign trail, boasting that the Fund has experienced 43% growth YOY. That is an exceptional growth rate, but if the DoJ finds that it was earned through illegal trading strategies and market manipulation, then the entire fund would be come under the DoJ’s jurisdiction for liquidation. That means all assets under management would be seized and liquidated.

Bloomberg, Reuters, Aljazeera and other major news publications have already reported on this matter and will be following this closely, and we expect more publications around the world to pick it up as the investigation gains momentum, further damaging Anson Funds and its unitholders.  Those of you who want to learn more about Moez Kassam and Anson Funds visit the below links:
https://marketfrauds.to/moez-kassam-and-anson-funds-a-tale-of-corruption-greed-and-failure/
https://marketfrauds.to/moez-kassam-anson-funds-part-ii-rotten-to-the-core/ 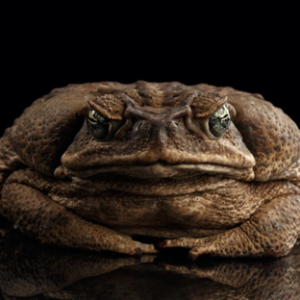 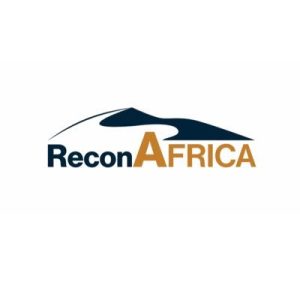 Good, finally someone is noticing hedge funds betting with assets they don’t have.

Thanks for the update, always happy to see a post from you about the fall of Moez. Thanks and keep up the good work!

Where do the images from the text conversation come from? Were these in some sort of criminal filing or complaint?