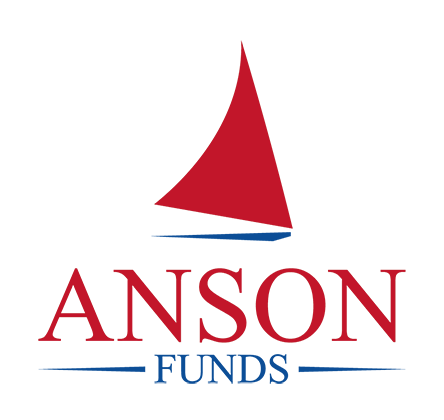 https://www.bloomberg.com/quote/RECO:CN https://www.bloomberg.com/quote/RECAF:US .
But RECO has been performing very well with their incredible drill results and the stock generating a lot of interest from investors. Anson Funds short position is starting to cost them a lot of money and if the share price stays where it is or goes up it could result in a huge loss for Anson. This has resulted in Anson funds employing dirty and illegal strategies to try and drive the price of RECO stock down.

Our source in the Anson Funds office tells us that they and MMCap (another Canadian hedge fund) are naked short north of 12 million shares.

In the middle of April RECO announced spectacular results from their first well and Anson Funds were caught off guard as the share price shot up over 200%.

Our source within Anson told us that this caused panic within the fund and they had to heavily sell phantom stock (naked shares) to smother the move as they would have been forced to cover.
Anson believed that without their illegal intervention the share price would have gone north of $15 – which they just could not allow.

With well 2 results coming soon Anson Funds are getting very nervous and have to either trim back their short position or get out of it entirely, as if the results are good RECO’s share price could go up by hundreds of percent. The clock is against Anson and they have had to get aggressive in their attacks against the company.

On 5th May RECO announced a bought deal financing. Our source told us that affiliates of Anson Funds and MMCap tried to take down huge amounts of shares here. Anson Funds didn’t get a direct fill but affiliates of theirs did. MMCap actually managed to directly take down a good portion of the placement.

Now to an outside observer it looks like Anson and MMCap are interested in the story and believe this is a good investment – but it is much more nefarious than that.

The shares they purchased in the placement were not because they were bullish on the story or to cover their disastrous short position.

No the shares are going to be used as leverage with the various banks such as, RBC, TD, CIBC, National and others. They will promise each bank individually to deposit the shares with them so they can increase the amount of borrow the banks will allow them to have on what are already huge naked positions. Rumour is that they believe they can borrow another 6 million shares to force the share price down to much lower levels and do their covering there.

Now that they have the stock side sorted what they needed was a negative catalyst. Something that would shock the market and cause panic and fear amongst shareholders.
This was delivered on Friday with a libelous and completely meritless hit piece in National Geographic by a lady called Laurel Neme: https://www.nationalgeographic.com/animals/article/oil-exploration-company-in-okavango-wilderness-misled-investors-sec-complaint-says

The piece has absolutely no merit and I suspect she knew this. Her main false argument seems to be a copy of a complaint letter to the SEC. BUT in a complaint letter to the SEC you can pretty much put in it whatever you like. None of it has to be proven and I doubt any of it would be investigated. All it is – is a letter of ideas NOT facts and means absolutely nothing.

Anyone can send a letter to the SEC whistleblower line saying absolutely anything they like. The SEC receive complaint letters every day and bin 99% of them. As I am sure they will do with this one.

What’s interesting here is that our source within Anson tells us that Anson Funds have sent a number of letters to the SEC about Reconnaissance Energy Africa and they are the anonymous whistleblower to Nat Geo and have been working with this lady for some time now.

Again, it’s important people understand this – just because someone sends in a complaint/whistleblower letter means NOTHING AT ALL. It can be all fantasy and because Laurel lacks financial market sophistication she took everything Anson had written as gospel. She is the patsy here and didn’t realize she was merely a tool for the hedge funds to use for their own benefit.

A question I have is: Did Anson Funds and MMCap disclose their huge offside naked short positions to the SEC in their complaint letters?

So now Anson Funds have their catalyst but that’s not enough – there have been hit pieces on the company before and the share price was not affected. What they need is a bottom of the barrel law firm to really put the fear into investors to give some sort of legitimacy to the claims made in the Nat Geo hit piece.

Their poorly worded press release from Friday has given rise to a number of theories. Are they suing RECO? Are they suing Nat Geo? No one knows. https://www.reddit.com/r/ReconAfrica/comments/ni9dj0/rosen_law_firm_encourages_reconnaissance_energy/?utm_source=share&utm_medium=ios_app&utm_name=iossmf
I tried to reach out to them but no one picked up the phone.

So now Anson Funds have their catalysts. They have the stock ready to short and what they will do over the next week or two is lean into the stock hard. Very hard. They will have their paid bashers on the message boards and forums saying they are getting out and try to create fear amongst retail investors who have been shaken by the false news.

They will continue leaning into the stock, driving it down even further and make it look like this is retail panicking, which will in turn cause retail investors to panic. Driving the share price down to where they want it and actually giving Rosen some real ammunition to use then. A self fulfilling prophecy. Anson Funds have just created their own catalyst.

RECO be prepared for a war. Anson Funds will continue attacking you in every way possible.

Be on your guard.